This is one of the most recognized tools we use to track discussions. 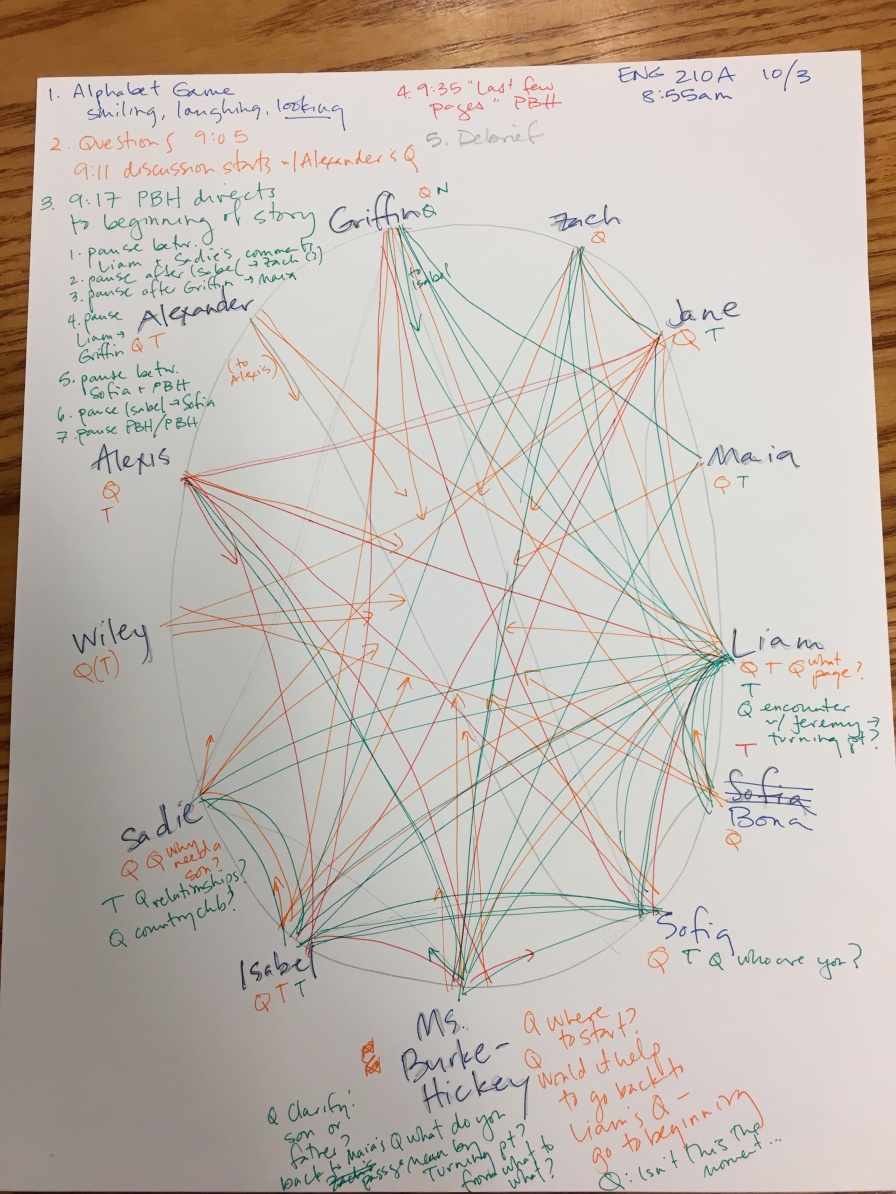 My colleague asked me to track her ninth grade English discussion recently. They reported being tired on this day and said it was not one of their best days. (They reported this after the discussion and before I showed them what I had done). Of course, the oval does not show anything about “quality” of comments, nor duration. It does show overall were the the contributions came from and sometimes some dynamics in the class emerge. You would never want to judge too much from one day’s tracking.

A couple things about doing the Oval. First, the observer has to make the guidelines of when it is meaningful to note something. I will link to an explanation that we give EHI participants about the Oval, but essentially every class is different, every observer is different. What you track can’t be removed too much from that and the rest of the context. The other thing I will say is that quiet kids are already very conscious of their being quiet. They don’t need the Oval to illustrate that. However, if there are kids who are speaking a lot, often they don’t quite have that self-awareness and just silently passing the completed tracker around can have a big effect. I would always want to be careful not to call anyone out with it. Let people make their own discoveries. I want them to know that I  don’t make too much of any one tracker. We are all trying to improve all the time. We’re not perfect. Harkness is very human and thus messy. Be forgiving to ourselves. That said – this class, on a day they said was a bad day really showed a great deal of distribution in comments. Already they showed themselves to be frequent “text referencers” (see the T by the names) and question-askers. They had lots of real pauses and they reflected that sometimes the pauses felt “awkward,” but sometimes they were needed for reflection and often they led to a new idea or new person speaking.